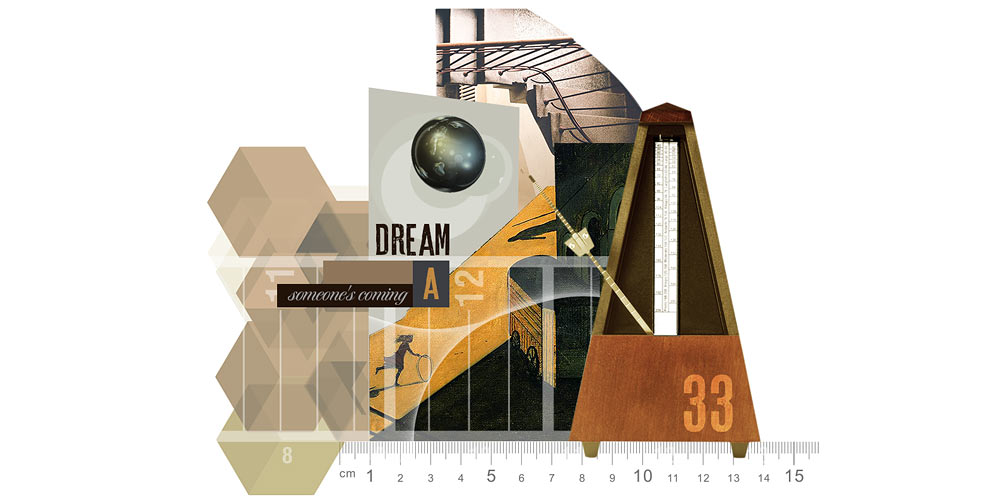 I was so used to the silence of late summer afternoons, when I could roll my hoop through the empty, sunlit piazzas without meeting another shadow, that at first I mistook the footsteps for the beat of a metronome spilling through an open window. It was only when I stood still and heard the sound getting louder that I recognized the old-fashioned shoe taps of leather oxfords, announcing to the hushed city that their owner did not belong here, not in this heat, and particularly not now, during this total siesta.

I ran to the edge of the piazza, stopping just short of the shadow as straight and solid as the red brick building that cast it.

The sliver of shade was barely wide enough to cover the wagon, strong light turning its chipped yellow paint to burnished gold. I could see a few greasy curls escape out the back and down the wooden steps propped on the ground. The god-in-ruins was still asleep, lying among the rotting fruit he would try to sell to tourists after dark.

I rolled my hoop towards him and watched it dissolve in the darkness. I considered risking the same fate to tug on his sleeve, but the footsteps were already near enough to wake him. The mess of curls moved, dislodging a grape that fell off the edge of the wagon and started oozing on the cobblestones.

“What time is it?” he said and squinted up at the clock before realizing half of it had crumbled off during a recent earthquake.

“Early enough to buy a ticket for the next train,” I said, calculating five to three by the angle of shadow.

The stranger must have turned into the piazza from a narrow side street because his steps lost their echo and he slowed down to take in his surroundings. I could tell the he was not the type to walk with banging steps. He kept a measured, if hesitant pace, as if embarrassed that the usual hum of bicycle wheels and conversation didn’t offset the sound of his shoe taps.

“Stay on the sunny side,” the god called after me as I weaved in and out of the dark arches of the colonnade, passing through quickly like I had seen fingers flick through candle flames.

The footsteps stopped. I waited for the stranger to notice a slight disruption in the colonnade’s perfect geometry and come closer so I could slip into the long, rectangular shadow of his suitcase. I imagined the other cities we would visit; the other siestas we would ignore; the stray bicycle wheels I would find to play with. But he stood still in the middle of the piazza, watching Ariadne adjust the stiff folds of her robe and let the sun and glowing brick facades warm up her marble pallor. It was as if this was the first time he had ever seen a statue sunbathing.

A train churned in the distance.

I tried to run towards him before he put down the suitcase, but the sun had already moved behind the buildings, diffusing my edges and leaving me to waste away in the afterglow.

thumbnail image: “Mystery and Melancholy of a Street” by Giorgio de Chirico