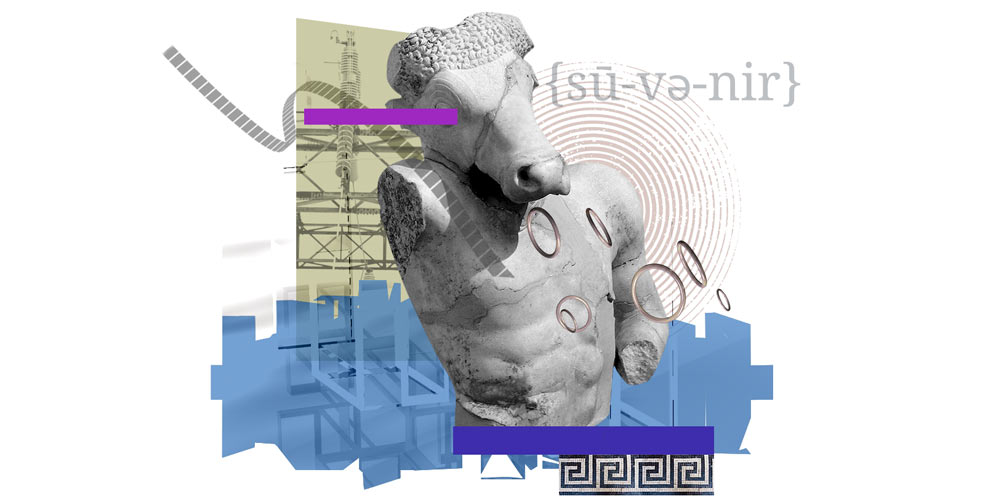 Hours later, when I was on the phone trying to explain in broken Greek that I didn’t have the money to pay damages, I started to retrace my steps from that souvenir shop I reduced to dust. I got there late in the afternoon, after a day spent walking through labyrinthine ruins under the hot Cretan sun. Maybe it was the guide, a balding, middle aged man who emitted a powerful odor of overripe grapes, or the elderly ladies who kept staring up at me like some sort of beast, or the low ceilings that forced me to crouch, but I soon split from the tour group. I wandered up and down stone steps and raised platforms cut off by piles of stones before going underground to escape the heat. There, it seemed that the priest-king flaunted his triple-plumed diadem, the ladies whispered while twisting their maze-like curls, the bull-leapers taunted me with their acrobatic skills, and even the cup-bearers and slaves took pleasure in watching me struggle to find an end to those dark passageways.

By the time I got out, it was almost twilight and the air-conditioned mini bus that was supposed to drop me off at the hotel was already gone. I paced around the edge of the parking lot, nose in the fold-out map I picked up at the kiosk, until I heard something crash behind me.

I looked back to find that a rack of postcards had fallen over sideways and stacks of Mediterranean bays lay scattered along the sidewalk. I had hoped to escape unnoticed, but as I was trying to put them back without a crease, a head poked out among a row of fake marble philosophers.

“Can I help you find something, sir?”

Under an awning that advertised authentic museum copies and disposable cameras, the souvenir shop was crammed with mugs, plaques, and miniature statues I was now obligated to admire. I tried to be delicate, I really did. But the gold-rimmed busts were lined up so closely together that I couldn’t help chip off a piece of Seneca as I picked him up. I continued to move through the tight isles, squeezing past a man watching his wife pick out a pair of sandals.

“Babe, let’s get out of here,” he said, smacking his gum so loud the sound reverberated across the vinegar bottles. I was leaving, too, now under the clerk’s watchful eye.

Maybe it was his stare that made me nervous, or the decorative plates that forced me to remember the bull-leapers and twisted curls that taunted me earlier, but before I reached the entrance I felt my elbow brush one of the countless urns. I looked at terra cotta fragments and dust particles illuminated by the twilight and knocked over another urn, then another. I kept going, running my fists through shelves, throwing a Minoan snake goddess against a tower of mugs, pulverizing Seneca’s face until his features became indistinguishable among the rubble. I didn’t stop until every last bottle bled and all the postcards were soaked in golden, oily fluid. Later, the clerk told me that the only thing I left intact was a bull’s head mounted on the wall.