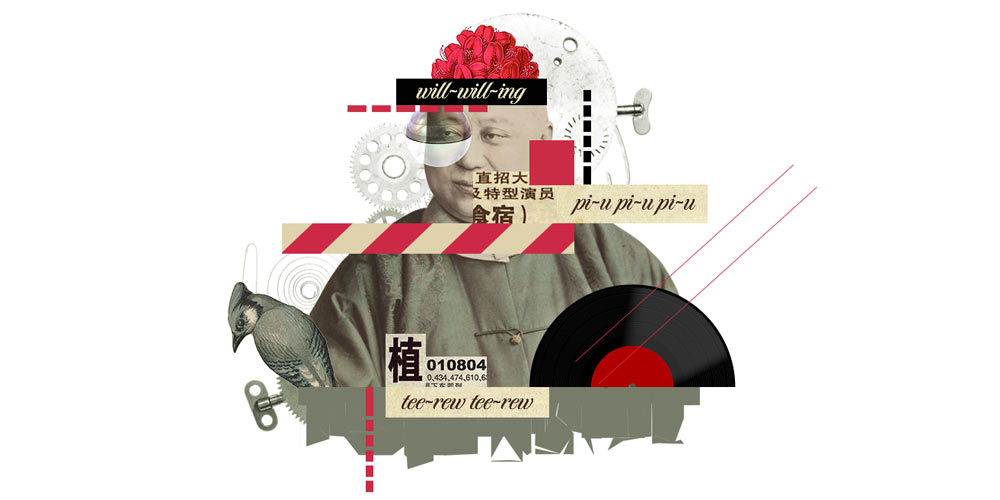 No one saw him arrive at the half-moon garden just south of Delancey, no one saw him hang his cage from one of the drainage pipes, but by the time the rest of us got there, the bamboo frame was already covered with silky, golden cloth that reflected the early morning sun.

“Is that the new bird, Chief?” I asked and placed my own thrush on a stone slab in the middle of the garden.

“But it’s from Shanghai,” he said with a grimace. “The young, wild ones straight from Guandong are hard to find these days.”

Between sips of coffee and the loud sighs of passing delivery trucks, we traced our steps back through the Taishan foothills, lush valleys where as children we used to lure songbirds with sticky gum. After fifty years of keeping songbirds, Chief was the one we turned to when our birds had dull feathers or timid voices. For us old birdkeepers, it was about drinking coffee, reminiscing, and escaping our wives’ complaints that our hobbies were too loud. But when we would walk the cages around the block on a Sunday afternoon, we knew that Chief’s last bird, a fierce hua mei with thick white and violet eyebrows, would have been a prize-winner back home.

The day was beginning to warm up and we uncovered the cages, feeding our birds sunlight one sliver at a time. A finch attacked the day with the pi-u pi-u pi-u of a violent video game hero, while a ringneck clamored for his owner to bring-bring-bring him a fresh batch of crickets, and a red-whiskered bulbul played a low whistle to one sparrow’s shrill will-will-will-ing.

Maybe it was because I used to isolating melodies, after so many years of playing in an orchestra, or maybe the other owners were too busy tending to their own birds, but I seemed to be the first to notice that Chief’s held a steady, unvarying melody at odds with the improvised riffs around it. As I listened closer, I heard that the bird wasn’t rounding off his notes, that he repeated the same sequence of sounds like a piano player practicing scales. But it was one of the loudest, and after the symphony waned into intermittent calls, other birdkeepers began to glance at Chief’s cage.

It was the one he always carried, with intricate carvings of wood and ivory, but inside was a species none of us had seen before. Red plastic eyes emitted a neon glow as the laquered body pitched forward and back on a set of tiny wheels, eventually coming to a full stop. Some of us averted our eyes as he walked up to the cage and wound it up again, and we all sat there like the lords of a long-lost China, wondering if our emperor had gone mad.